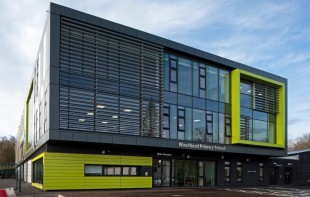 ‘£1 billion for schools. 25% more pupils educated in good or satisfactory buildings since 2007. The Scottish Government will invest a further £1 billion in rebuilding and refurbishing schools, Deputy First Minister John Swinney has announced. The new funding, which will kick in from 2021 when the current school building programme ends, will benefit around 50,000 pupils – in addition to the 60,000 who will see their schools renewed or refurbished by the end of this Parliament. The fund will deliver digitally enabled, low-carbon schools and campuses providing benefits to pupils and the local economy. The design of schools will ensure they are inclusive and welcoming places that meet the needs of all who use them. New investment models to support the scheme will be developed in partnership with COSLA and councils, with decisions on which schools will benefit focused on those in the poorest condition. It is expected that partnership design and development work will begin next year.’

This news reinforces an earlier report of greater school building under the SNP administration. In 2016, STV reported:

‘The SNP Scottish Government has built or refurbished twice as many schools as the previous administration, Holyrood researchers have found.’