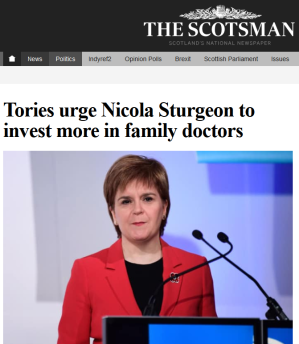 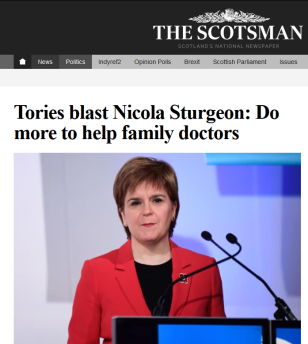 At least the headlines are more honest than usual and let the reader decide not to bother reading on once they see which eejit wants to criticise the SNP this time. In normal times, with Tom Potemkin, we’d get:

‘Sturgeon under pressure to do something!’

‘SNP blasted for failure to something’

Then, after wasting precious moments we’d never get back, we’d discover it’s only Murdo or Willie or some ‘charity’. I suppose the headline would’ve been more useful if it had told us that the Tory in question was the eminently disregardable (new word) Union Jackson Carlaw.

Did he phone up to complain about the pussyfooting first headline and insist on the full blast from his mighty horn?

Anyhow, the Scotsman, to its minor credit, did include the crucially important contextual evidence in the 13th of 13 paragraphs:

2 thoughts on “Tories first ‘urge’ Nicola then decide to ‘blast’ her anyway!”