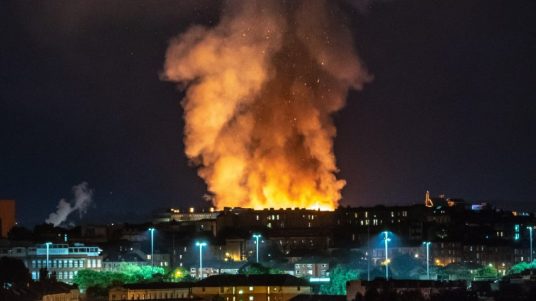 In June 24th 2016, writing about the Glasgow School of Art fire, he mentions the Philistines.

As anyone old enough to have gone to 20th Century Sunday School knows and as the DUP still remember, the Philistines attacked the Israelites and stole the Ark of the Covenant from them. They were clearly anti-Semitic and thus so is Grouse Beater, again.

In addition, the insensitive blogger has mentioned the Philistines and by association semites, in the shocking context of an all-consuming fire or holocaust.

The offending blog is here:

”First the Nazis, then the Philistines; what historical monsters will he mention next, cannibals, vandals, boiler-makers?’

Footnote: the TuS Disclosure Team is now following up suggestions of sexual perversion revealed in the blogger’s name – Grouse Beater.